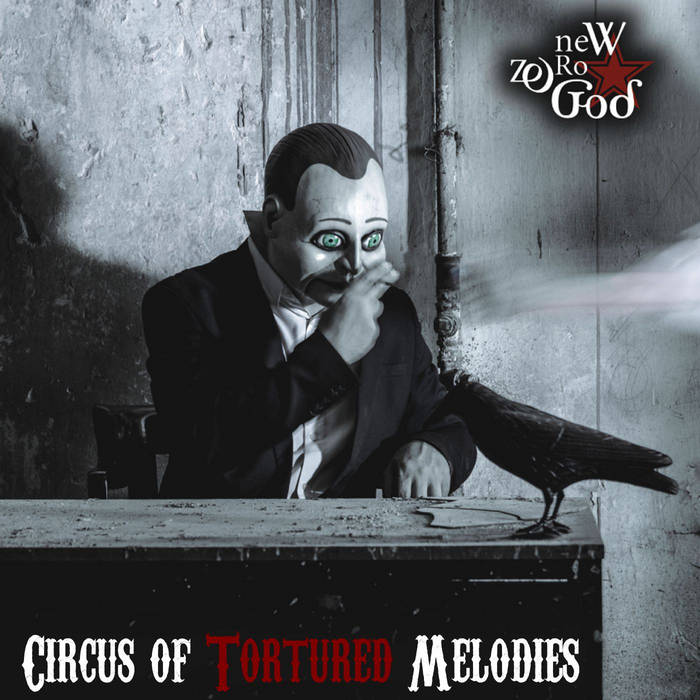 mike-sawyer Great band, great sound, take a listen to this wonderful album, then buy it :-) I did!

With Andi Sex Gang (of legendary Sex Gang Children) to welcome us to the Circus of Tortured Melodies, the tour begins in the 13th Tent of the Circus. Each one of these tents hides a different story which, most of the time, opens the way to the next one. Other times, however, it is completely independent.

These are songs about our unfulfilled dreams, the emotional insecurities of modern man, political developments, the manipulation of the family environment, role models of our society, over-consumption, the compromises that we make, and the destruction of our planet.

In a nutshell, Circus of Tortured Melodies presents the complexity of modern life by tracing the sources of modern neurosis.

'Circus of Tortured Melodies' is something of a kaleidoscopic album as New Zero God use a wide range of textures and colours to paint their sound. But not to the point of eclecticism as the record hangs well together as a whole due to a certain lyrical astuteness. It's the sound of a band striving to forge forward and showing real development."
Peter Dennis - Pulse-Alternative Magazine (UK)

"Throughout the entire album, you shall taste some of the old-school oriented gothic rock principles that are blended with occasional punk attitudes, the new wave causality, the fairness of the American oriented alternative rock candor as it was sired in the 90s, by a very skilled band which holds tight all the post-punk delights too. 13 songs that are performed by players who simply know how to drive in the wild nature of urban rock and roll music and its diversities. 13 different dirty alleys, 13 everyday stories, 13 ruthless mirrors, all in a record with brilliant sound and production but not quite so polished in purpose. The album bites hard, and the same album is a manifest alone against the world as it is left in the hands of incapable snakes. I cannot give you any focus tracks because the album has its own concept idea, it has so many episodes to focus on and I would certainly spoil and jumble its whole narration, but I will leave this note instead; while you are listening to the album, catch or read the lyrics (that you’ll find in the link below), as it is important for a complete audition."
Mike Dimitriou - whitelight-whiteheat.com (Italy)

Excerpts from Google Translate. The original and complete article (Greek language, translatable), can be found at the following link:

"...New Zero God is at their best, more mature and more competitive in the myth of Flowers Of Romance that did not swallow Michael Pougounas, who was and remains an unease musician and singer. He is one of the few singers who have evolved through time by working his voice. I think now he does whatever he pleases with his voice."

"...He also works the lyrics, making good use of his brain, imagination and realism. He is the dark shadow that you can see in the light, not having his hands in his pockets but working on a paper, with his ears open to the society."

"...From the first funk piece of "Circus Of Tortured Melodies" titled "What'Cha Gonna Do?", to the punk tune "Hell Bet On Me The Lose" and the Zappa influenced "Rock'n'Roll Puppet" and the "Busking" that closes the first side of the vinyl album, you rush to the second side that ends with the melodic "Carry On" and you feel the need to play again the first funk track. Things are finally happening in Greece, apartment condos, that look over avenues of madness and communicating with another universe..."
- Yiannis Alexiou – Ogdoo.gr


2019 - MARCH 18 - EUROPEAN RANKING IN AUSTRALIA
Many thanks to Banks Music Promotion and Valley FM 89.5 [Australia] for notifying us that the opening track "What'cha Gonna Do" from our new album release "Circus of Tortured Melodies" ranked #4 in the Top 10 of European songs on the show!

Formed In March 2006 by x-Flowers Of Romance singer, Mike Pougounas, New Zero God is a band that combines goth, dark wave, and post punk genres to make a sound that is uniquely their own.

Bandcamp Daily  your guide to the world of Bandcamp